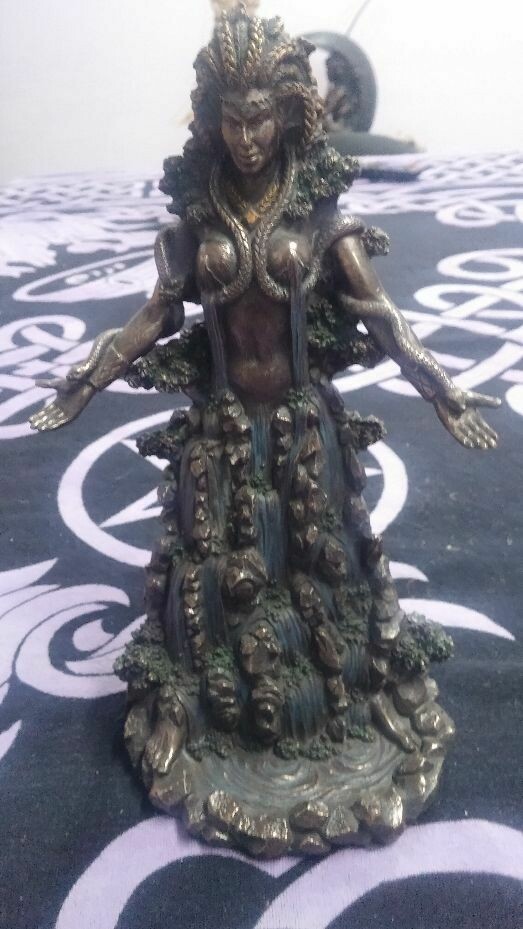 Danu is a popular Celtic Goddess, but not much is known about her. She is considered to be the oldest of all Celtic deities. In Celtic mythology, she is the mother of the gods, who birthed all things into being. She is the goddess of earth, fertility, wisdom, wind, and of all the Celtic people.

She is the matron and protector, the triple goddess and warrior. She is neither old nor young, but she is all. She is the goddess Danu, the goddess of all Celtic deities.

There is very little known about the goddess Danu. The sources that we derive most of our information from about her are old and unclear. However, there are consecutive myths spoken about her in Ireland and abroad.

The goddess Danu was represented as the mother of all the Celtic gods and goddesses. She was also represented as being the goddess of rivers and water and those who worked amongst the various bodies of water, such as fishermen and sailors. She was the matron and goddess of the Tribes of Danu, or Tuatha de Danann, who were later to become the fairies and leprechauns of Ireland. It is believed that she gave them a great deal of her powers, hence the fairy magic that we hear of in fae mythology. Danu is usually seen represented as the Triple Goddess, due to her being both young and old, she encompasses all.