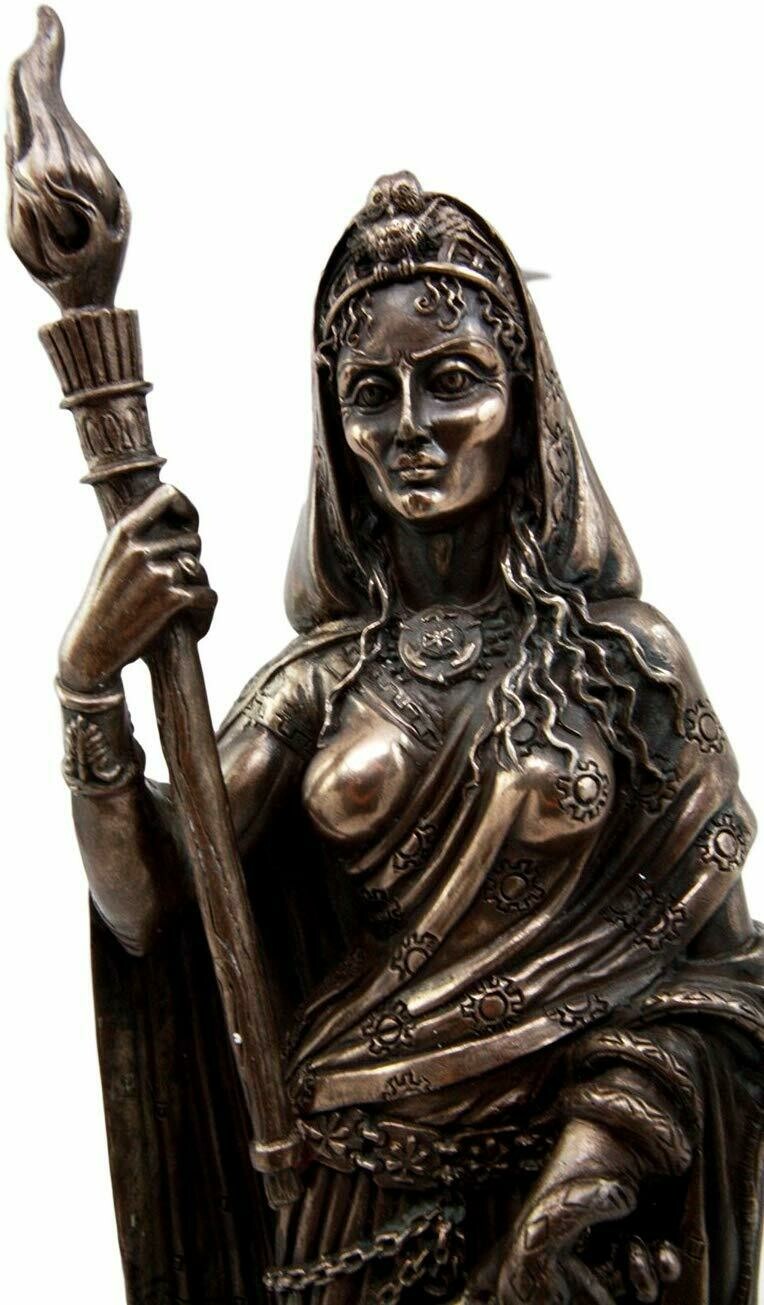 A Witch’s Understanding of Hecate or Hekate

Hekate is a goddess that is both complex and very simple. She has many abilities but is also the source of pure energy. She is ancient and contemporary. She is known by multitude of names, ranging from World Soul to Goddess of the Witches. I understand her as the Keeper of the Keys of the Universe. Symbolically, her hands hold all that there is.

HEKATE (Hecate) was the goddess of magic, witchcraft, the night, moon, ghosts and necromancy. She was the only child of the Titanes Perses and Asteria from whom she received her power over heaven, earth, and sea. She is variously associated with crossroads, entrance-ways, light, magic, witchcraft, knowledge of herbs and poisonous plants, ghosts, necromancy, and sorcery.[2][3] She appears in the Homeric Hymn to Demeter and in Hesiod's Theogony, where she is promoted strongly as a great goddess. The place of origin of her following is uncertain, but it is thought that she had popular followings in Thrace.[4]