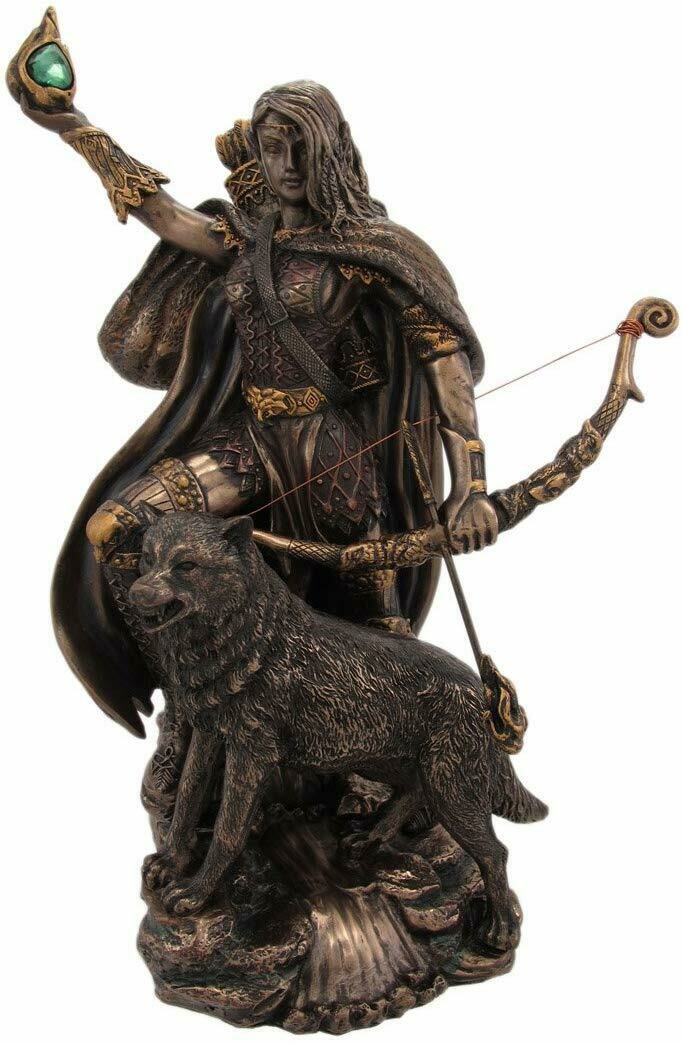 In Norse mythology, Skaði (sometimes anglicized as Skadi, Skade, or Skathi) is a jötunn and goddess associated with bowhunting, skiing, winter, and mountains. ... In Heimskringla, Skaði is described as having split up with Njörðr and as later having married the god Odin, and that the two produced many children together.

Known as the snowshoe goddess, Skadi is the Norse giant goddess of winter, hunting, and skiing. ... Skadi, a giant, is the enemy of the gods of Asgard. Being a giant, she is associated with darkness, cold, and death, just like winter. However, Skadi is seen to be more benevolent than the rest of her giant kin.

Skadi (pronounced “SKAHD-ee;” Old Norse Skaði) is a giantess and goddess in Norse mythology. Her name is either identical with the Old Norse common noun skaði, “harm,” or comes from another Germanic root preserved in the Gothic word skadus and the Old English sceadu, both of which mean “shadow.”[1] Her name is likely related to the name “Scandinavia,” but whether Skadi lent her name to the land-mass or vice versa is uncertain.[2]

Skadi lives in the highest reaches of the mountains, where the snow never melts. She’s an avid huntress, and her bow, snowshoes, and skis are her most often-mentioned attributes.[3][4][5]