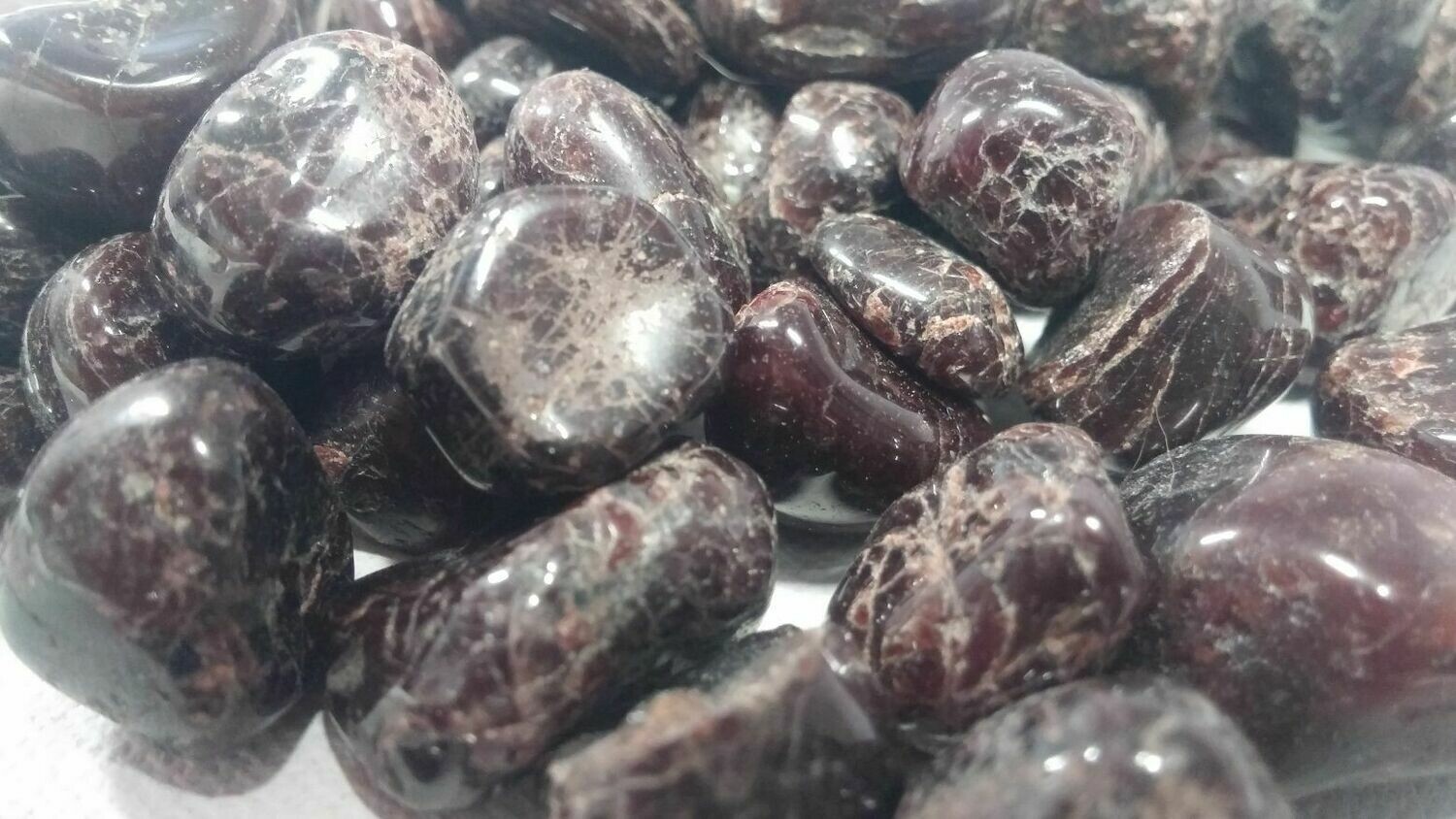 Garnet is the birthstone for January and the stone that celebrates the 2nd anniversary of marriage. The name “garnet” comes from the Latin word “Garanatus,” meaning “seed-like,” in reference to a pomegranate. This reference makes sense as small garnets look like the bright red seeds you find inside in a pomegranate. The Garnet crystal meaning is rooted in ancient history and comes from the Latin word ‘granatum’, which means pomegranate, a reference to its intense red color that resembles the glistening, deep red seeds of the fruit. The Garnet crystal was also cherished by early medieval jewelers who incorporated the stone into everything from rings and brooches to buckles and necklaces. Even then, it was more than just a fashion statement but was thought of as a protective talisman against negative energy. Possessing a special beauty all their own, the Garnet crystal stone meaning is linked with the heart chakra, making this deep red gemstone a dark and intense contrast to your other love-attracting stones like Jade and Rose Quartz.

“Feet on earth, head to heaven,’ repeat these words of ancient wisdom when you incorporate the Garnet crystal stone meaning into your daily healing rituals. Set the mood for a healing, therapeutic session with Garnet by creating a sacred space free of distractions and clutter.

A stone that symbolizes physical love and the relationship between loving partners, the Garnet was a popular ornamental adornment among royalty and aristocrats. And all the animals of Noah's Ark can thank a large Garnet stone for providing the only light on their biblical journey and guiding them safely to land. Garnet stands out with its earthy and subtle aesthetic. Keep a piece on your crystal shelf and let Garnet represent the rich, earthy tones created from the life-giving elements of the planet. It's rich luster and unique vibration gives us the strength to take charge of our lives and make a move in the direction of progress and reaching a higher state of consciousness. In other words, Garnet reminds us that actions speak louder than words, a wise saying that always rings true.