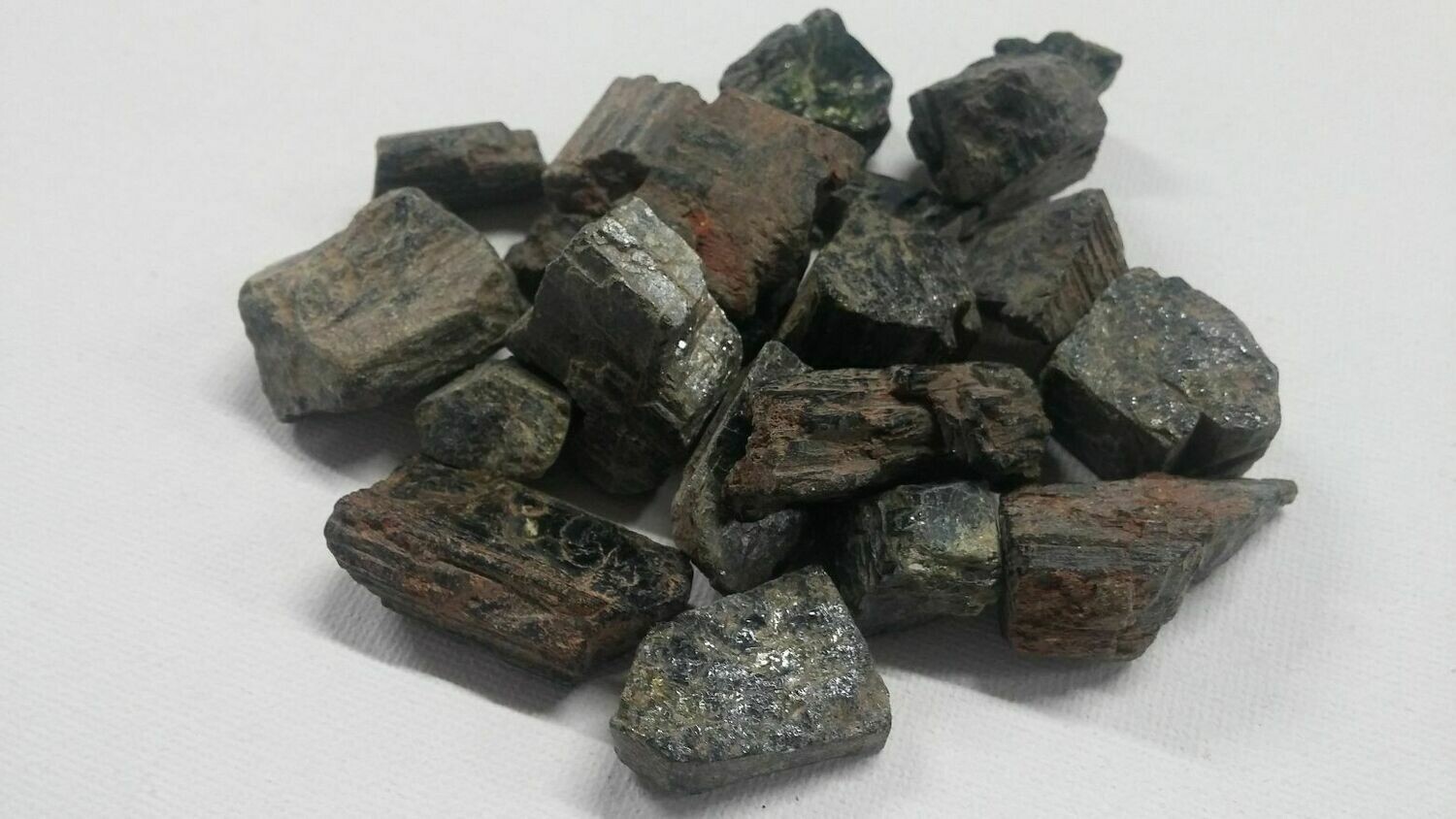 Dioptase is a translucent crystal colored by copper deposits, which give it an intense emerald or blue-green color. It has been used since the ancient world for its beautiful color – the first known usage of dioptase was on a statue dating back to 7200 years BC. Dioptase occurs in copper mines and natural copper deposits, where the large quantities of copper ore in the ground become trapped in the silicate matrix of the crystal (which is essentially a form of quartz). They are fairly fragile stones, and should be handled delicately to prevent splitting. This only reason why they have not flooded the market – their color makes them seem very similar to emeralds, and if they were a little hardier, they would make wonderful replacements. It is an uncommon mineral, so if you are lucky enough to acquire a piece of dioptase, you should treasure it and handle it with care!

Dioptase can help to soothe the anger and resentment created by those moments just as readily as it does being upset with other people. Dioptase stones are aligned with the heart chakra, but also with the “thymus” or “high heart chakra,” which is a lesser but still significant wheel of power in our chakric body. The thymus chakra is said to be the seat of the soul, and creates a higher consciousness when activated alongside the crown chakra and heart chakra. It can also shine a light on higher perceptions of certain events that may have led to these feelings, and help you to avoid unnecessarily ruminating on circumstances beyond your control. If you’ve become a touch cynical, this crystal can help you to see the joy in things once again.

In the natural progression of this logic, dioptase is often used as a stone for past life regression, and relieving issues from a past life. Even if you do not personally believe in reincarnation, you can understand dioptase’s power to help us come to terms with things that happened before we appeared on the earth in our physical form, which will always affect us in some way.

Often, its powers are folded in with the power of the heart chakra, but some traditions do separate the two as distinct sources of power. In other words, dioptase is a stone that can help you connect with your true self and soul.